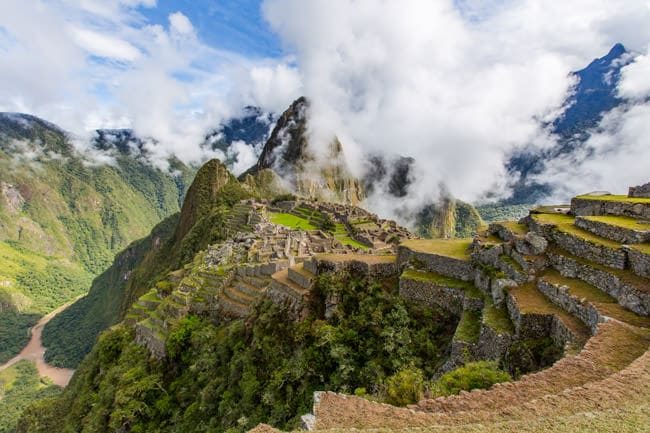 I have never mixed many drinks with eggs. And, by not many, I mean none. I’ve just never felt compelled to add eggs to my mixology repertoire. So, it was with a little trepidation that I recently attended a Pisco Sour making demonstration. As with some other Sours, Pisco Sours use egg whites to add froth and smoothness to the drink. What compelled me to do it? Well, the demo was being done by the bartender at the Sanctuary Lodge, about 100 feet from the entrance to Machu Picchu in Peru. And, as the Pisco is the national drink of Peru, really, who could pass that up? 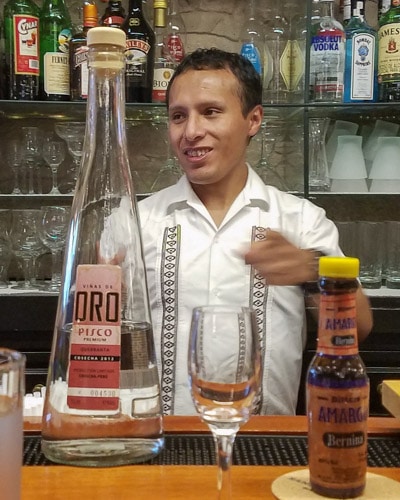 The demonstration was much better than having us just watch the bartender mix a few drinks for us. This guy came armed with a full PowerPoint presentation on how to make his country’s signature drink. He described the range of Piscos produced in Peru and which one should be used for its namesake sour and why. He then showed us how to mix them and gave us tips on how much egg to use based on how many sours were being prepared. Incredibly cool.

Since the oracle passed this wisdom to me from deep in the Andean mountains, I feel a responsibility to share it here.

First, Pisco is a brandy. It’s made from grapes. There are varieties made from a single grape, Puro, and some from a blend of grapes, Acholado – like a blended scotch. To keep things simple, we’ll only discuss Puro here. There are 8 different grapes used to make Puro – 4 aromatic and 4 non-aromatic. As the name suggests, the aromatic varieties are, well, aromatic. They have a stronger smell than the non-aromatic ones. Pisco sours are made from one of the non-aromatic brandies – based on the Quebranta grape. As it turns out, it’s the most readily available outside of Peru. I can only assume this is because of its use in Pisco Sours.

Once I returned to my home bar, I made a bunch of these to play with proportions and to test the process. The most difficult part? The lime. The limes we get in New England just don’t hold a candle to the ones available in Peru. I squeezed my own of course and tried several varieties of unsweetened lime juice. Nothing was quite as good as what I had in Peru. Still, the Pisco Sour is a great drink, if not just slightly less tasty with limes from Mexico (most of the limes we get are from Mexico) than from further south. 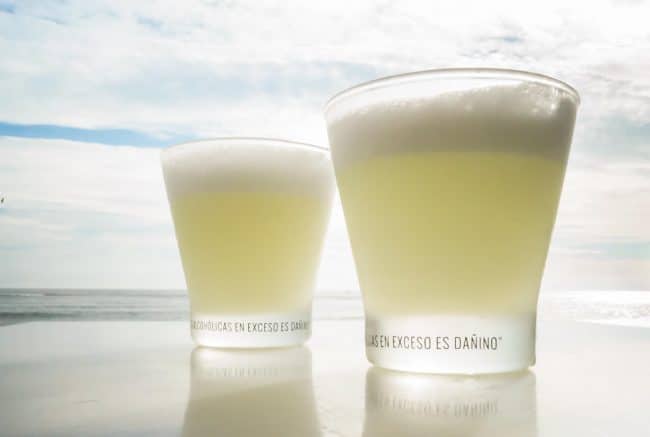 Dry shake all ingredients in a shaker. That is, shake without ice. You don’t want to dilute the drink too much. Shake vigorously, there’s an egg in there, right? Dry shaking helps to emulsify the egg and maximize the amount of foam in the drink. After you’ve mixed all the molecules in the shaker, add some ice and shake again to chill. No need to do this for too long, you’re not making a margarita here. Strain and dispense into a pisco sour glass or a rocks glass.

Complete your masterpiece with three dots of Peruvian bitters, if you have them, on the foam. Three is symbolic, by the way, representing health, love and money (prosperity). Or, so said our Machu Picchu-based Pisco Sour Guru.

A little more about that egg white . . .

The egg doesn’t impart any taste to the drink. It smooths and balances the other tastes in a way most mixers can’t. It also adds a nice, frothy texture to the drink which acts as a garnish by itself.

A medium-large egg seems to give you about a teaspoon of egg white. Of course, your mileage may vary. Don’t worry about being too precise here, the measurement is not as critical as those for the liquid ingredients. If you’re good around the kitchen, you know how to separate an egg white and yolk. If you’re like me, though, you’ve relied on others to do this work before. My wife, a trained chef, sympathetically showed me a way even I could handle. Crack the egg and gently dump its contents into a little bowl. Then, with your fingers, pick out the yolk. Really, it’s pretty damned easy.

According to our Andean guide to all things Pisco Sour, if you’re mixing in a blender for a large group, one egg white goes very far. He suggests one egg white per twenty cocktails. That seems a bit lean to me. I’d start with one for every ten if you’re going to give the Sours for the masses a try. 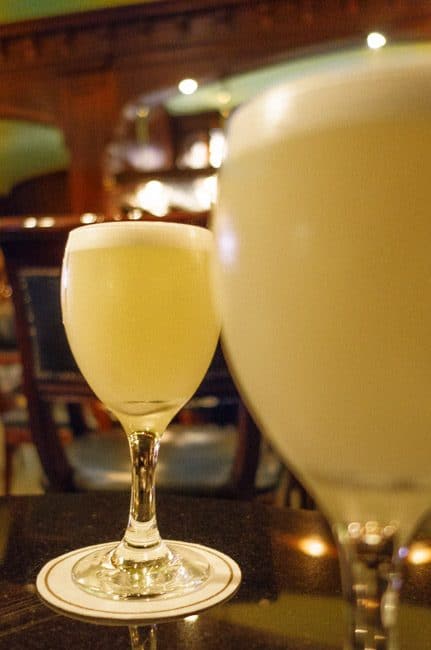 The vast majority of Pisco Sours we tried in Peru were served in a slightly conical frosted glass with a solid base (see above). Not nearly as wide as a cocktail glass at the top, so it was almost as stable as a rocks glass. It was also perfectly sized for the quantities of ingredients in the recipe. The foam came right to the brim almost every time. Try as I might, I can’t find this glassware anywhere online or in local stores. So, until I find where to get a few, I’ll be using a small rocks glass in its place.

While it would be nice to use the glassware created for the drink, even the Peruvians aren’t completely uniform in their use of it. At the Country Club Lima Hotel, known for its Pisco Sours, for example, they use a goblet (photo right). Since their recipe calls for 4 ounces of Pisco, they need the extra room in the glass. It’s a strong drink made that way.

While it’s not the easiest drink to make, it’s easier than it appears. Its smooth taste makes it a hit for real drinkers and those that prefer to not actually taste the booze in their drinks, if you know what I mean. It’s a great drink to make for larger groups using a blender as well. Measure out the ingredients for the number of drinks you want and add 1 egg white per, roughly, 10 drinks. 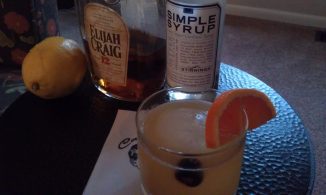 Have you tried just substituting regular brandy, or cognac, into the recipe to see how it compares?

I haven’t, but Pisco tastes a lot different than brandy or cognac. Pisco is aged in copper or glass tanks, apparently. That’s why it’s clear. It doesn’t get any of the flavor from barrels as regular brandy and cognac do. Worth a try though.