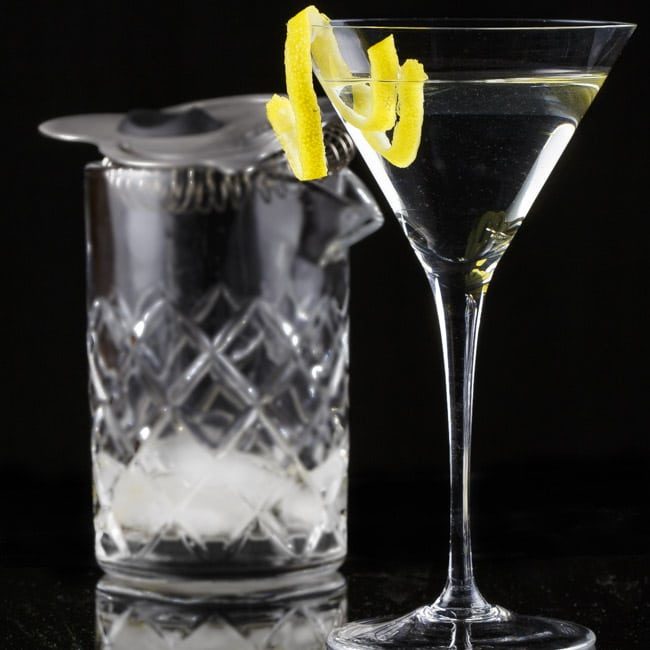 Though one of the most popular and well-known cocktails of all time, what passes for a Martini has evolved considerably. Unlike with other classic cocktails, identifying a preferred recipe for the Martini involves not only ratios and garnishes but even the primary liquors. Consequently, knowledge of a few variations is essential to satisfying your guests. All Martinis are boozy and powerful, but they exude an unmatched sophistication and, for better or worse, become easier to drink after the first one. Most Martini recipes, including our preferred, are easy to make.

Add the gin, vermouth, and bitters to a glass or shaker half-full of ice. Stir until very cold, about 40 seconds. Strain into a chilled cocktail glass, express the lemon twist into the glass, and drop it in.. 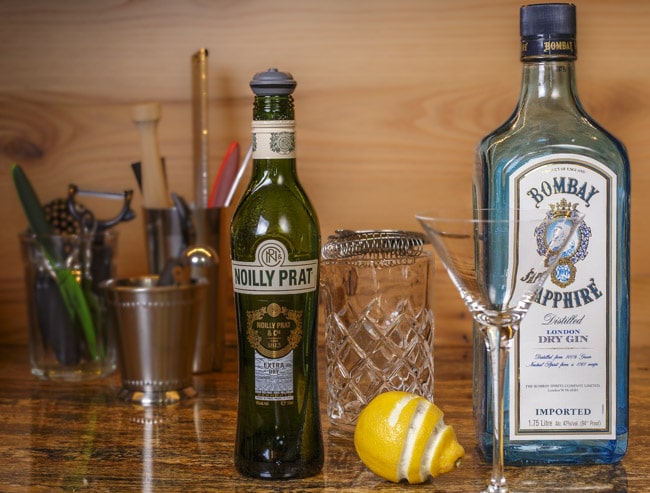 Consumatorium Recommends for The Martini

As a generally dry cocktail, the Martini is an excellent aperitif, and it is just the ticket if you want to mix up a pitcher for your guests at a party or before dinner. If guests have a little left over when dinner is served, its relatively subtle flavor will not clash with the food, but it is too boozy to be served intentionally with dinner. You can return to the Martinis after dessert, if you don’t mind having friends sleeping on your couches in the morning.

A conical cocktail glass is strongly preferred. A Martini can also be served on the rocks in an Old-Fashioned glass, but it loses much of its mystique in this presentation. Nevertheless, for less aggressive drinkers it both dilutes the drink and keeps it colder. A Martini that is, as James Bond would have it, shaken rather than stirred, is also called a Bradford. Substituting an absinthe rinse for the orange bitters was popular in the first half of the 20th century; though it does not have a common name, Author Somerset Maugham once referred to “the dash of absinthe that transforms a dry Martini from a nondescript drink to one for which the gods of Olympus would undoubtedly have abandoned their home-brewed nectar.”

We will cover the Martini variations somewhat chronologically. In the beginning, the Martini was merely a variation of the Martinez cocktail with a higher gin ratio. The very earliest versions also included maraschino liqueur and aromatic bitters, but in the late 1800s cocktails were generally becoming more dry and more simple. Eventually, descendants of the original Martini recipe became known as a Sweet Martini, using 2 oz Old Tom gin, 1 oz sweet (Italian) vermouth, and optionally aromatic bitters instead of orange. This is a great drink that will delight your gin-loving guests. In-between is the Perfect Martini which is half sweet and half dry vermouth, and can be prepared with Old Tom or London Dry gin as desired. These variations are also a good context in which to experiment with gin brands that have a little more color.

Around the year 1900, bartenders were frequently substituting London Dry gin for the Old Tom, and dry vermouth for the sweet, following the trend of drier cocktails in that era. This was known as a Dry Martini, to contrast it with its predecessor. Around that same time, the olive also became an optional garnish. Finally, over the years, the ratio of gin to dry vermouth rose steadily. This may have been because vermouth was more trouble than it was worth during Prohibition, or because it was not kept fresh [link], or just because some people simply don’t like the taste. It became something of a joke, leading to recipes such as Alfred Hitchcock’s: “Five parts gin and a quick glance at a bottle of vermouth.” Consequently, the “dry” in the name came to imply a low proportion of dry vermouth, rather than the historical meaning that dry gin and dry vermouth were used instead of Old Tom and sweet vermouth. Our preferred recipe for the Dry Martini attempts to capture all these trends while providing an option consistent with modern expectations:

We recommend Bombay Sapphire as a good quality and reasonably priced dry gin. The olive can be simply dropped into the glass or placed on a skewer, but keep it to a single olive: snacks should be served on plates. If you substitute a cocktail onion for the olive, it is called a Gibson.

A trend that began in the 1950s was to substitute vodka for the gin. Officially this is called a Kangaroo Cocktail but most people just call it a Vodka Martini. Because vodka is by definition flavorless, along with the previously mentioned challenges with vermouth freshness and taste, Vodka Martinis progressively became more dry until often being served as simply a glass of chilled vodka with an olive or lemon twist. More interesting is the Dirty Martini, which is a Kangaroo Cocktail with some of the olive brine from the jar added. It is arguable whether any of these should really be called a Martini, but they are included here because some of your guests will prefer them, as is their prerogative. Further variations on the vodka-and-stuff theme are sometimes called “martinis” but only when the word is intended as a synonym for “cocktail.”

With the craft cocktail movement in full swing, bartenders are returning to gin and the vast number of recent market entrants in London Dry, Old Tom, and novel gin styles. Be sure to experiment with the brands, ratios, and variations to find a Martini recipe that represents your own unique spécialité de la maison while being true to the name.

With the return of a large selection of gins to the market, there is no better time to go back to the roots of this classic cocktail and make it as it was enjoyed for decades. Though it is boozy and strong, it is a simple and beautiful cocktail that can turn the most mundane affair into a gala event. 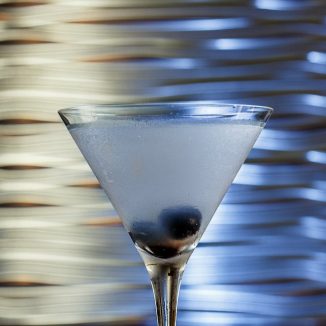 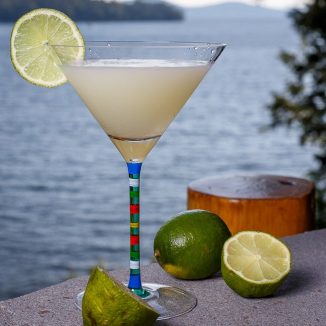 Ok, just because I watched this movie last night, what about the Vesper Martini?
http://www.jamesbondlifestyle.com/product/vesper-martini

Dave, I’ve mentioned the Vesper a couple of times on the blog in reference to Lillet Blanc; I think it is actually not very widely consumed as it is too boozy. However, I do something substitute Lillet for the dry vermouth (without adding vodka) – I don’t know if I’d call that a Martini but it’s a good drink.