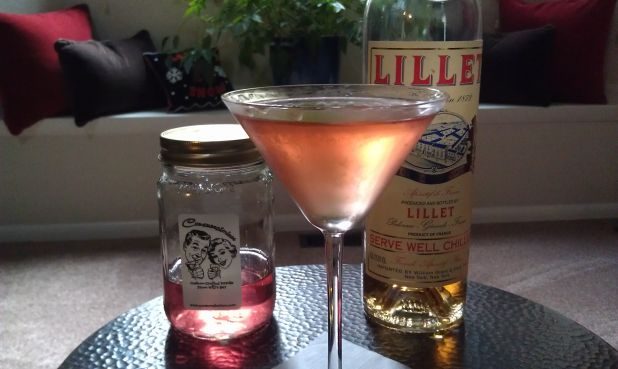 Will has posted numerous times on infusions and I have to say I was nervous to try it myself. It seemed like a big production. Then I realized I mainly didn’t want to blow a whole bottle of liquor on some science experiment, and the epiphany followed that I did not have to. Instead, I bought some basic pint-sized Mason jars and I was able to do first-pass infusions in smaller quantities. 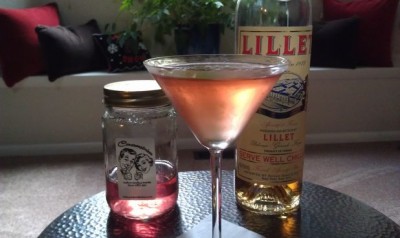 Once you realize that, it’s simple. Remove skin from fruit and cut up into smaller pieces. Put in jar. Add liquor. Close jar. Drink something else for a couple of weeks. Pour the result out into a new jar and throw away the fruit. That’s it.

My first efforts were two fruits with Beefeater dry gin: apricots and plums. I tried them after a week and it just tasted like Beefeater. I tried them again after two weeks, and the plum infusion had a noticeable plum palate and color, while the apricot tasted worse than plain Beefeater. I threw the latter away.

Unfortunately I didn’t take any photos. There wasn’t much to see, though – two jars filled with gin and with fruit on the bottom.

As I had not thought this through, I didn’t have any particular cocktails in mind. But two I tried ended up being quite good: the Plum Zaza and the Plum Assignment. As noted in Will’s infusion posts, generally you don’t want to add a lot of other ingredients to an infusion, and these don’t.

The Zaza, also known as the Queen’s cocktail, is a perfectly good drink but, like the royals themselves, somewhat bland. It is just a 2:1 dry gin and Dubonnet Rouge mix served on the rocks. The Queen Mum apparently liked to have it served with a lemon wheel garnish under a few of the ice cubes. She was on to something. Nevertheless, as I was saying the cocktail is a little bland; however, with the plum-infused gin (same ratios) it turns into something quite special. I served this at a dinner party to rave reviews, but again I neglected to take photos. Apparently substance has triumphed over form.

Finally, the Plum Assignment is just a dry martini that uses Lillet instead of dry vermouth and the plum-infused gin. Pick the martini ratio you like the best. This is a nice blend and the Lillet does not overpower the subtle plum flavor of the infusion.