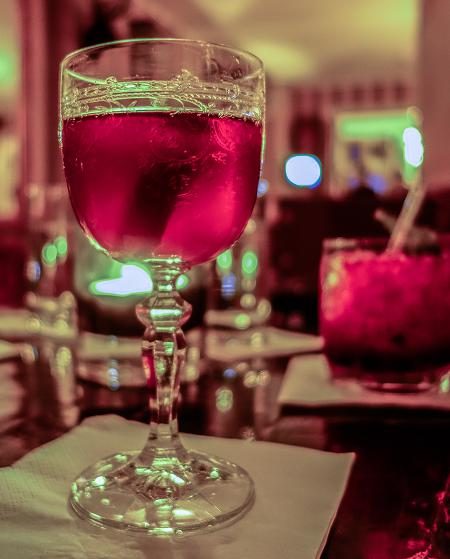 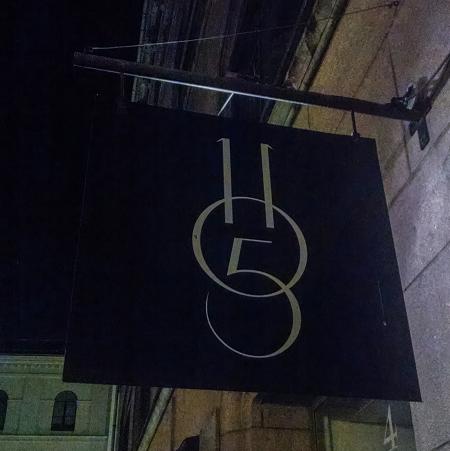 Following up on our Stockholm bar review last week, the Consumatorium team continued our Northern European tour and headed to Copenhagen, Denmark. There, we found two things that threw us for a loop. One, everything was shockingly expensive and, two, craft cocktails were available everywhere we turned. Or, should I say, really expensive craft cocktails were available everywhere we turned? We decided that if we were going to spend wads of Danish Kroner, we were going to do it at only the best bars in town. Like we say here at the Consumatorium, life is short, don’t waste time on the cheap stuff. Actually, we don’t say that, but it sounds appropriate in this case. 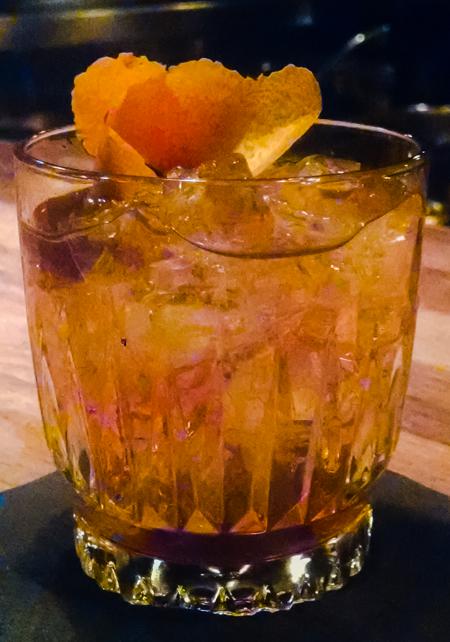 After doing some checking, it appeared that the in crowd was visiting 1105, a small cocktail bar tucked away in what is little more than an alley. We were a bit skeptical because there was almost no one there when we arrived. It turned out that this was great because we got to have a conversation with the very cool bartender about the craft cocktail scene in the City. He made drinks for two of the team using herbs and leaves from plants at the bar, allowing us to try the green foliage while he made the drinks. Since the menu had an Old Fashioned as the first drink listed, I asked for one and it was terrific.

I followed that up with a Sazerac, also prominently listed on the bar menu. I felt a bit strange ordering quintessentially American cocktails in a Danish bar, but the bartender offered that my choices were the basis of most drinks and that’s why he considered them specialties of the house. I like the way they thinks.

We asked the bartender what other bars he would recommend we try. He told us that while his bar was clearly the best, the number two bar in town was Ruby. What he didn’t tell us was that Ruby is, essentially, a speakeasy. We walked by it a couple of times before we even realized it was there. 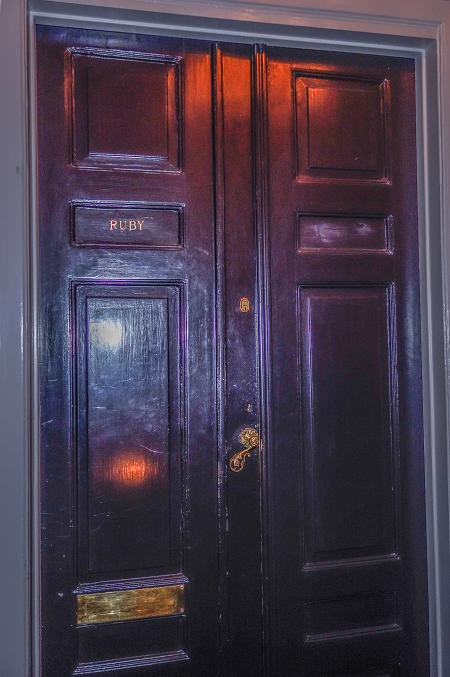 You enter Ruby through a door that appears to be the Embassy of some third world country. There is an inner door with  all of the advertising that exists for the place – four inch letters glued to a painted door. We sheepishly poked our heads in and found a terrific space for sitting, talking and consuming great cocktails.

We tried a variety of drinks from their menu, but my favorite was the Rapscallion. The bartender called it their take on a Manhattan, although I found nothing like a Manhattan about it. It combined Talisker Single Malt Scotch Whisky and Pedro Ximenez Sweet Sherry with a Pastis (licorice rinse). The peaty, smokey taste of the Scotch overwhelms the senses at first, which I didn’t like. I also thought the pastis was completely drowned out, which was disappointing to me. After a few sips though, the drink came alive and was fabulous. Very different and totally enjoyable. I didn’t ask the bartender for the specific proportions, so I’ll work o this more and report back with a recipe. 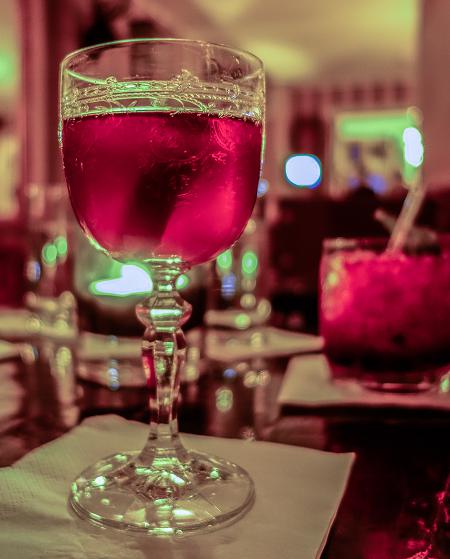 While Ruby and 1105 were outstanding bars, even average bars in Copenhagen were familiar with classic, craft cocktails. Almost all the bars and restaurants we visited knew what a Sazerac was and understood that 7-Up was not an ingredient in an Old Fashioned. It’s too bad that’s not true for most American establishments.