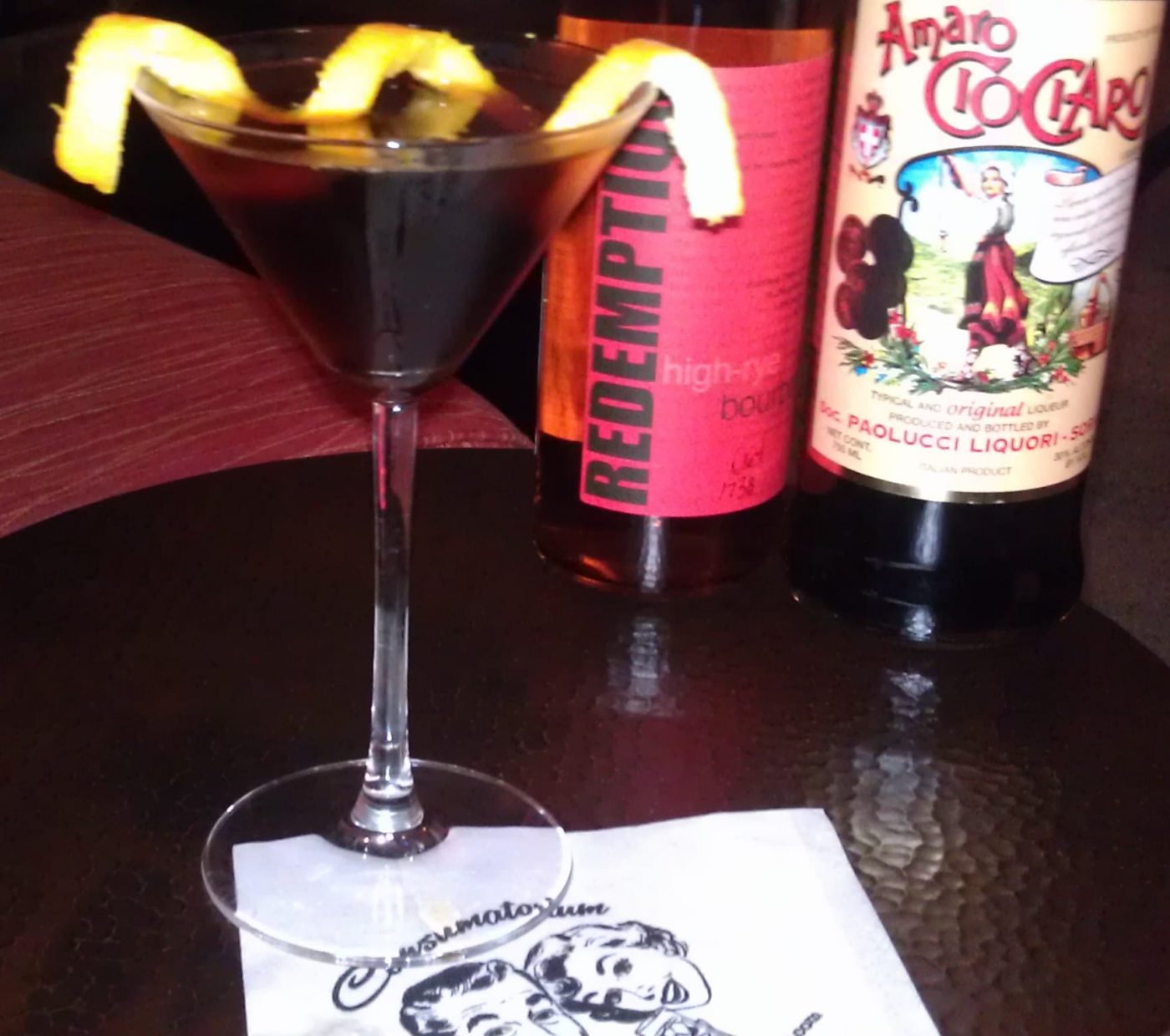 Bourbon and Amaro. That’s it. I could end this blog post here, and you could probably figure it out, and it will be good. But if I did that I probably wouldn’t be earning my keep.

I first tried this drink at my friend John’s ski condo – he always puts me on the spot to figure out a cocktail, which, as you can imagine, I oblige. He had just given me a booklet of recipes from Amaro Nonino, and they had one called the “Reanimator” which was just equal parts Bourbon and Amaro Nonino. Since we did not have Nonino (I had just given John a superfluous bottle of Averna), and I knew that there were numerous cocktails called “Reanimator,” I decided we needed a new name. Our wives were discussing a recent situation with a dog sled while John and I sipped the cocktail, and thus it was dubbed “Dog Sled Accident.” This turns out to be much more memorable.

As is the cocktail. In the half-and-half mix, it is a very rich mixture – sweet with a touch of bitter and dark and heavy. But it is difficult to stop sipping it once you start. Even the ladies liked it, and regular readers of the blog know that Maureen does not like boozy cocktails.

I have since experimented with the ratios, had it made custom for me at a restaurant, had it with rye instead of bourbon, and made it for a number of people. You should try this drink.  With only two common ingredients, it is trivial to make. We’ve decided that an orange twist is the right garnish, but I have not always garnished it.

Here is my advice on the ratios: if you are serving a diverse audience, especially those who like their cocktails less boozy, use equal parts.  Also, if you are serving it as a digestif, definitely do equal parts or even possibly more Amaro.  I often drink Amaro after dinner and thoroughly enjoy it, so in a certain ratio this is just Amaro with a little extra kick. As an aperitif, for manly men and powerful women, make it two parts bourbon and one part Amaro.  It actually tastes quite similar but it has more of the feel of a regular cocktail, and it is a little less “rich.”  As to using rye or bourbon, the bourbon is definitely a little better, but note in one of the photos that I have used high-rye bourbon (thanks for the bottle Fraser!), which is delectable. 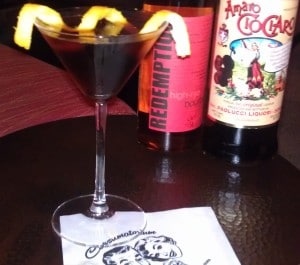 For the TL;DR and those of you who skip my drivel and jump right to the recipe, nothing could be easier:

or as a digestif

Fill a shaker with ice, add the ingredients, and shake or stir.  Strain into a chilled cocktail glass, and add an orange twist garnish or drink it naked (the drink, not you). Share it with your friends.

Just tried it with some Amaro Mr. Doody brought to Newport. Thought I might be trashing some good Amaro (Blo Nardini Bassano) but it’s excellent!

Glad you’re putting that Amaro to great use! Straight-up, in cocktails – as long as you’re drinkin’ it I’m happy :-). Xoxo