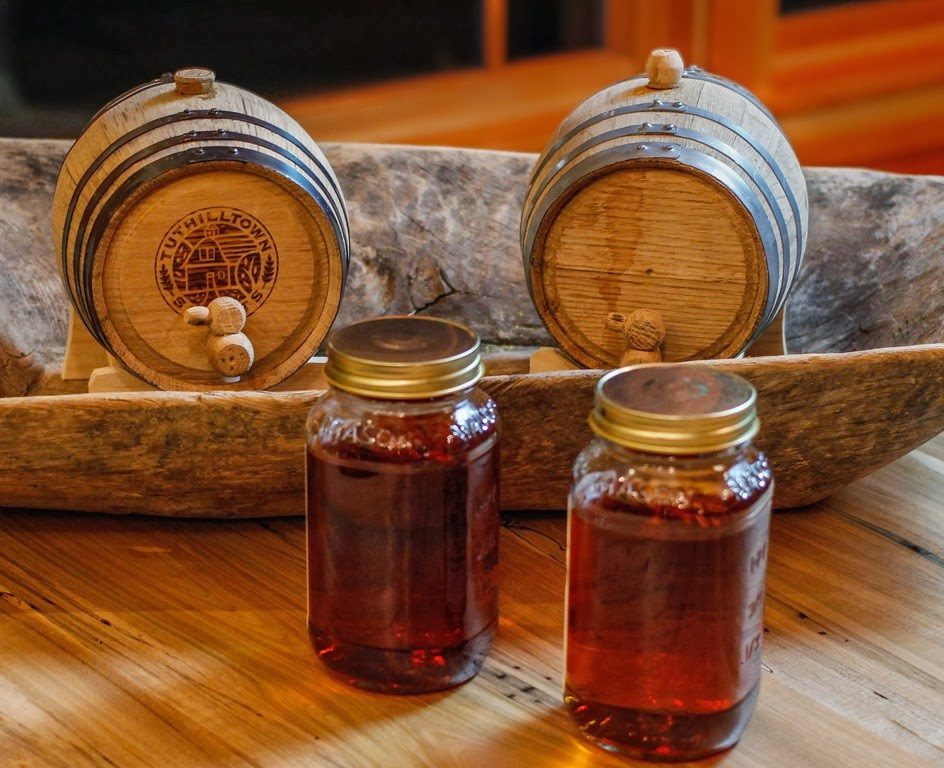 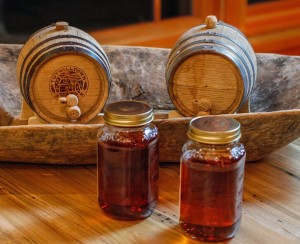 A few months ago, my wife bought me a 2-liter oak barrel used for aging spirits. Who knew such a thing existed on such a small scale? As it turns out, you can get barrels in almost any size you’d like.

Small barrels age the wine, spirits or beer in them much faster than larger barrels. 8 to 10 times faster than a standard 53-59 gallon barrel, in fact. It’s all about the increased surface area of the interior of the barrel relative to the volume of liquid. Let’s just say that more alcohol comes into contact with the wood in a small barrel than in a big one.

My goal became to actually age cocktails in the barrels. That is, mixed drinks as opposed to a single liquor. After doing some research, I found that the entire process was going to take between 3-4 months. To eliminate a few variables, I decided to buy a second barrel and run tests in parallel.

The first step was to fill both barrels with water and let them sit for 48 hours. This let the wood expand and to tighten everything up to prevent any leakage in subsequent stages. It also served to help rinse out the barrels since there were still some wood chips in each of them. The next step was to age the barrels with whisky. I used Bourbon – Maker’s Mark in one barrel and Bulleit in the other. I filled the barrels and let them sit for about 6 weeks. 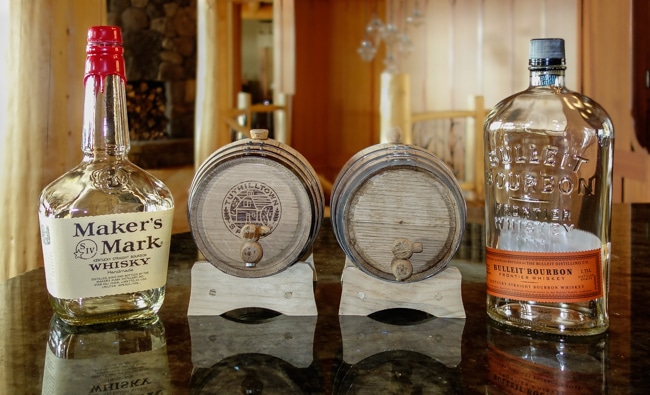 I tasted the aged products once or twice along the way, but I couldn’t really recognize any differences. By the end of 6 weeks though, there was quite a change. While each Bourbon retained it’s own unique taste, the aged versions both added very strong vanilla, caramel and oak flavors. The aged Bourbon was smoky and a bit harsh. More flavor, but rougher going down. To me, not as enjoyable. I may have aged the whisky too long.

To verify my findings, I assembled a panel of drunks alcoholics experts who tried the aged versions back-to-back with the originals. Everyone pretty much agreed with the fact that the aged versions were rougher, smokier and more flavorful. The group was split as to which version was their favorite though.

Fortunately, this was just the barrel-aging part. I’ve decanted the aged Bourbon and have moved onto the process of aging the cocktails, my primary goal. I chose Manhattans and Negronis. Manhattans, because they just make sense to me in this context and Negronis because it was an aged Negroni recipe that my wife ran across that compelled her to buy the barrel in the first place.

I made the standard recipes – Negroni with equal parts Gin, Sweet Vermouth and Campari – and Manhattans with 2-1/2 bourbon and 1 of sweet vermouth. I  left the bitters out to be added later. They are going to age for 2 months. I’ll report back when they’re fully cooked.

This is a fantastic experiment. I also recently read about a guy that was aging bourbon (I think) in barrels in the hold of a ship so the motion of the ship would increase the contact between the bourbon and the oak and significantly speed up the aging process. Can’t wait for the results.

David, the ship’s motion makes loads of sense and is cool to boot. I did think about rotating the barrels every day, but they were out of site and out of mind and it didn’t happen. Of course, it never would have been as constant as a tossing ship. Thanks!

I got a one liter barrel. Been use to age bourbon n bitter. I’m a soo beginner. Can some one give a very simple mix to try.

Cindy, check out the second part of our barrel-aging post here – http://consumatorium.com/2014/02/barrel-aging-cocktails-part-ii/ – it will give you a couple of recipes to try.