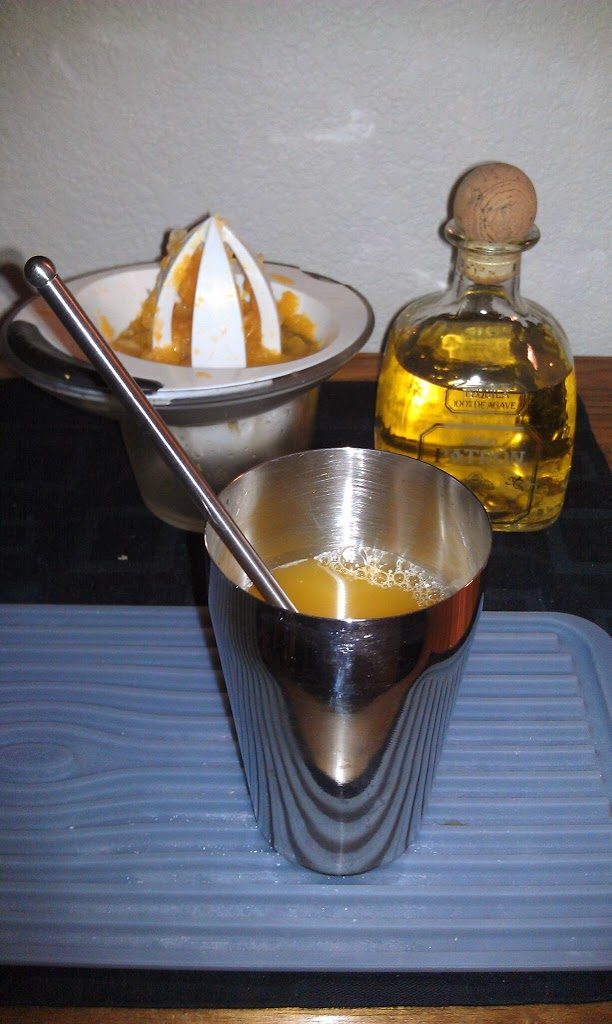 It’s another tequila sunrise
Starin’ slowly ‘cross the sky, said goodbye
He was just a hired hand
Workin’ on the dreams he planned to try
The days go by

Here at the Consumatorium, we frequently make lemonade out of lemons, or in this case, a great cocktail out of some Mandarin oranges that really weren’t sweet enough. It’s an official IBA cocktail that has been around since at least the 1940s. And I don’t think I’d ever actually had one.

I began by slicing some of the oranges in half and juicing them until I had about six ounces. I stirred the tequila and the orange juice in a shaker cup (first photo), added a little sugar to make up for the too-tart oranges, and poured it over ice into a highball glass.

Next I measured out the grenadine, tilted the highball glass, and carefully poured the grenadine down the side. Given that it was time for a cocktail, this was easier than waiting for it to settle. In the second photo, you can see that it goes right on down to the bottom. Finally, I added the cherry and a slice of orange peel as garnish. It went great with the enchilada casserole thing we had for dinner. Here is the recipe:

The IBA recipe makes this a bit stronger – a 2:1 ratio of orange juice to tequila, and less grenadine too. I think most people drink this as a highball, as shown, but next time I’m going to mix the stronger version along with an ice orb, which should look even more like a sun rising. We’ll report back! 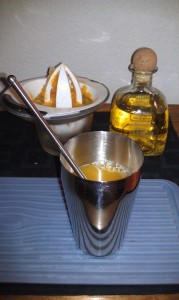 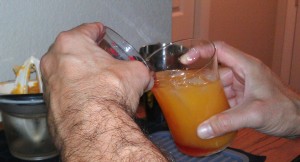 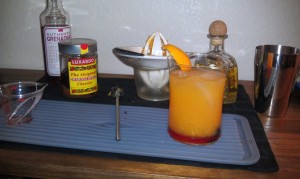