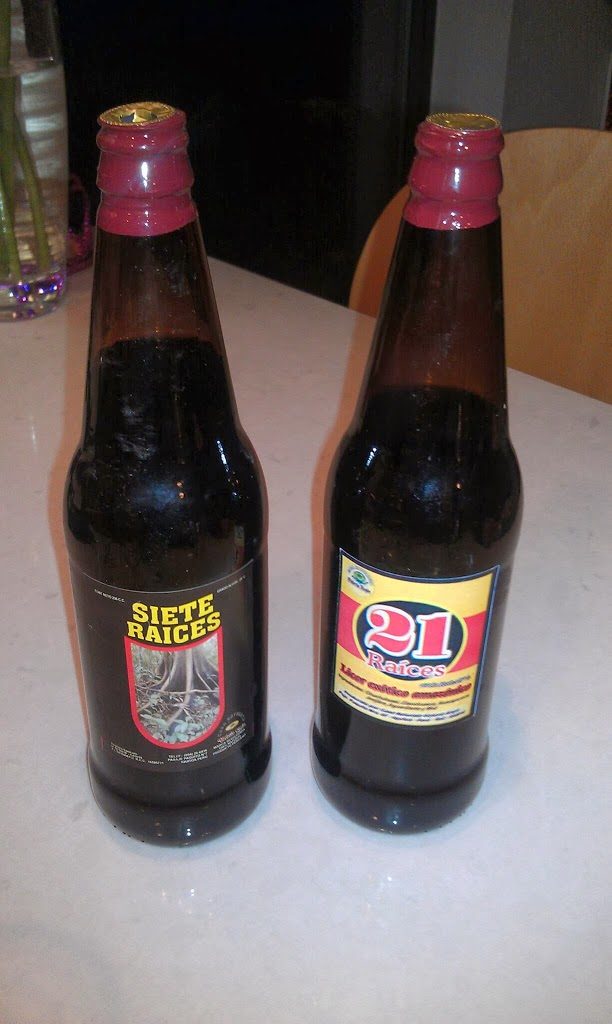 Bob and Micki had another gathering where I tried some recipes using the Peruvian bitters (shown in first photo) Bob brought back from his most recent trip there, truly risking life and limb for the cause of mixology. We tried several recipes in fast succession, using the handy 2.5 oz mini glasses that Will bought for me. The first recipe, a Waldorf Variation (second photo), was not a hit with the group – the anise taste was too strong. Apparently in the 1950s that flavor was all the rage, because in my recently acquired 1960 recipe book (thanks Dad!) there are many Pernod-heavy concoctions. I then made a Manhattan mix using a significant quantity of these bitters, and got a larger fraction of happily nodding heads. But the real winner was what I have dubbed Robert’s Revenge, a relatively light cocktail that is super tasty. Though we had it as an aperitif, it would probably be even better as an after-dinner drink. We ended up having several rounds of this one. Here is the recipe for one drink:

Pour ingredients into a shaker filled with ice and serve up. We didn’t garnish, but the obvious choice would be a twist or slice of orange peel. For the bitters, use Peychaud’s or Angostura or a mix, unless you happen to go to Iquitos. This is quite a lot of bitters, but it really does make the flavor. Just to see how it worked out, I tried this recipe back at home replacing the dry vermouth with Lillet. This was also quite excellent, though I would have to say the original is a little better. Note that in previous experiments I had made this with equal parts vermouth, cointreau, and amaro, but it was a touch too sweet. Finally, I’d point out that this is a nice starter cocktail for people who normally just drink wine and beer, because it’s not nearly as boozy as whiskey or gin-based mixes. 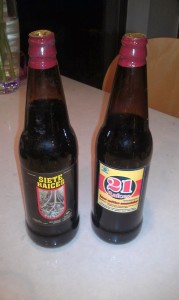 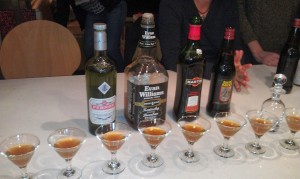