Walking into any decent cocktail bar and ordering a Brooklyn Cocktail with Amer Picon will almost assuredly elicit a sad story about the dilution and final death of Amer Picon and how the bartender has spent years trying to create his or her own version of it. Amer Picon was, after all, an original and the key ingredient when the Brooklyn Cocktail was created. In fact, when asked what bottle most good bartenders would like to add to their bars, Amer Picon gets first place on almost all of their lists. To be fair, this might be because of a sense of legend or rarity, for sure. Still, there are many bottles of liquor no longer produced and are at least as rare. There seems to be some special aura surrounding this particular liqueur.

Amer Picon was created by Gaetan Picon in the mid 19th century. “Amer” means bitter in French, like “Amaro” in Italian. Picon was made with dried orange peels and bittering agents like gentian root and quinquina. The original formula was sold at 39% ABV/78 proof. The liqueur became very popular in France and quickly found its way to the US where it was used in the Brooklyn and other cocktails. In the 1970s, the company started changing the formula and, over time, cut the alcohol content to 18% ABV/36 proof. A shadow of its former self. It is still available in this milder form as Picon Club and Picon Biere.

Dave and I have ordered our fair share of Brooklyns over the years. Some bartenders replaced the Amer Picon with Italian Vermouth, Punt e Mes or an Amaro without so much as an explanation or apology. Others – the more serious mixologists – carefully described the elixir they created to substitute for the Amer Picon and then hovered over us waiting for us to pass judgment.

So, it’s with this background that I recently received a message from a family member that said they found a bottle of Amer Picon buried in a grandparent’s basement along with several other old bottles of liquor. They had no idea what it was. Obviously, I told them to keep it and found my way to their home intent on making a Brooklyn with Amer Picon for the first time. If, in fact, they wanted to open this rare bottle. Fortunately, they were game.

When I showed up, I spent time photographing the bottle (the actual bottle is the one pictured above) and trying to figure out its age. As far as we can tell, it’s from the late 1950s or early 1960s. As you can see, it’s the full 78 proof of the original formula. When we opened it, the cork was intact, but crumbled easily. There was no evaporation from the bottle. A good sign. We tried a shot of the liqueur, not knowing how it should taste and it tasted good – a strong, slightly sweet orange taste at first, followed by a dry, then bitter taste as it went down. Sorta like most Amari. The orange flavor was right up front, something we usually only get from sweeter liqueurs (think Cointreau or Triple Sec), but it was totally dry and a little flat tsting on the tongue. The big test was to use it in a Brooklyn which is the most popular cocktail that uses Amer Picon.

Pour all ingredients in an ice-filled shaker and shake thoroughly until very cold. Strain into cocktail glass. Add the cherry and serve. 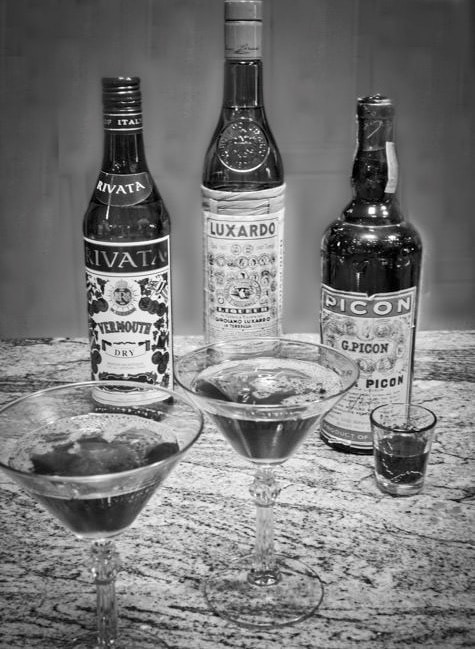 Why You’ll Like the Brooklyn Cocktail with Amer Picon

The Amer Picon gives this cocktail a very unusual taste. The strong and slightly bitter orange flavor is fantastic with the Rye and Marschino. The latter making the drink a bit more viscous and adding body to the overall sensation. The affect is smooth and dry. It is definitely a sipping drink. Not so much because of the alcohol content, but because of the flavor, which is different everytime you have another sip. After having our first, we decided to stop there. Perhaps because of the intensity of the flavors, we didn’t feel like a second would taste as good and moved on to other cocktails during the evening. The drink, in its intended form, is a great and unique cocktail. If you ever get the chance to try it, I highly recommend you do so. 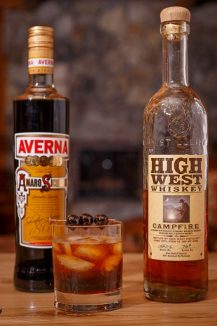 I see you don’t monetize your site, don’t waste your
traffic, you can earn extra bucks every month because you’ve got high quality content.
If you want to know how to make extra $$$, search for:
Boorfe’s tips best adsense alternative

I see you don’t monetize your page, don’t waste your
traffic, you can earn additional bucks every month because you’ve got high quality content.
If you want to know how to make extra $$$,
search for: Mertiso’s tips best adsense alternative

Wow, luck you! Thanks for sharing this story, interesting. I was hoping for a photo of the actual liquid too. What color is it? Is it dark. light? Among things that are available, what would you say it tasted closest to?

Glenn, thanks for the note and, yes, lucky me 🙂

It was a dark, brown liquid. Slightly viscous and a little oily, if you know what I mean. I have no idea if this was the original color. It was old, after all, although it seemed like the cork had remained tight over all these years. I’m pretty sure the bottle was always in the dark as it was found in a basement.

The flavor was unique to me. A strong, bitter, orange peel flavor. If you can imagine Cointreau without any of the sweetness. Even better, imagine chewing on orange peel by itself. The aftertaste was very dry and bitter, almost gluing my tongue to the roof of my mouth.

An interesting combo of citrus flavor and bitterness. I understand why people want to create it and I’m baffled why it went away in the first place.