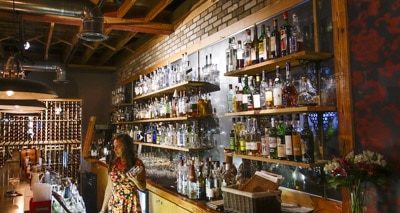 Who knew that Sarasota was a Mecca for craft cocktail bars? We didn’t even have time to hit all the great bars in town during our brief stay. That’s not to say that we didn’t try. Someone really needs to find a reliable hangover cure or maybe we just need to avoid having drinks on the beach prior to heading out to bars in the evening. Live and learn. 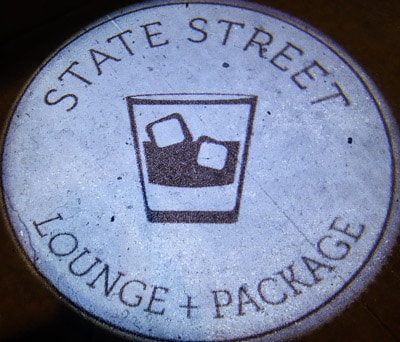 While all the places we tried were very good, our favorite stop was State Street Eating House + Cocktails. Niki, our bartender for the evening, did a fantastic job whipping up a classic or two and a house specialty for us. Like any respectable craft bar, State Street had home-grown cocktails aging in barrels. We tried the aged Long Island Iced tea because, well, we had to. Wouldn’t you? While it’s not a drink we normally mix at home, the barrel aging smooths out all its rough edges and mellows the drink into a somewhat different cocktail. Still summery and sweet, but not overbearing. 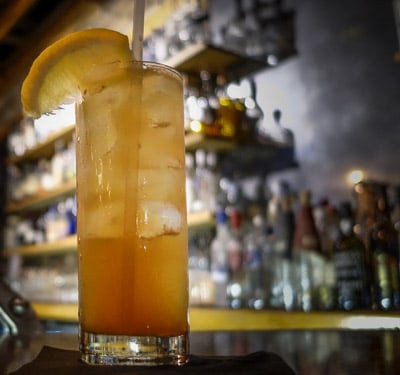 State Street actually has two bars adjacent to one another on the street. One is a dedicated bar and the other has dining and cocktails. We hung out in the latter. It had a nice brick and wood retro feel to it and the bar was very comfortable. Niki was happy to talk with us about their selection of spirits and let us taste a few of her favorites. That’s the kind of stuff that makes a craft bar great, after all.

Another favorite stop during our Sarasota visit was the Pangea Lounge. Take note that we only felt tectonic movement after our second round there (geology joke). The Pangea Lounge is not easy to find, it’s located behind a black curtain in the back of the Monkey Business Sandwich Shop. Yeah, we thought that was interesting too. According to the bartender, it has something to do with food and drink ratios in the same establishment. Just go into the sandwich shop and ask for Pangea. They will happily escort you into the dark bar in the back. Pangea had a wild menu that included all sorts of infusions, barrel-aged cocktails, herbs, flowers, etc.

We ordered a classic French 75 and a Sir Sazerac, made with Earl Grey infused Bourbon and a maple syrup cube. Let’s just say that you don’t want the maple syrup cube to melt too much. The bartenders were great and were happy to take the time to talk about mixology. It’s pretty dark in the bar and rather small, but the drinks and bartenders made the experience. 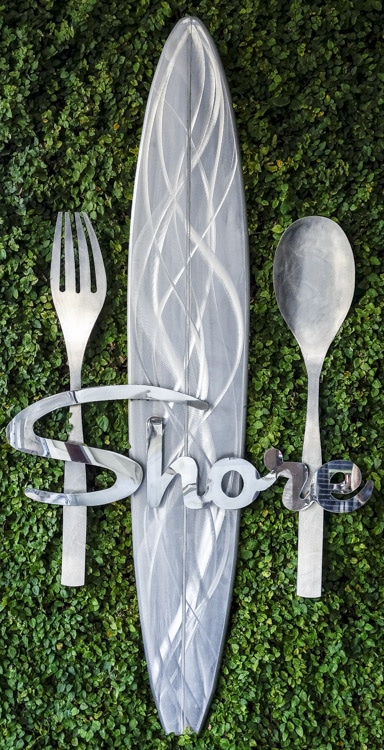 The Shore Diner is more focused on dining than craft cocktails, but that doesn’t mean the cocktails weren’t hand-crafted and delicious. The bar is located in an upscale shopping area of Sarasota with a great open feel and terrific outdoor seating. The feel is definitely more upscale and cool rather than small, hidden speakeasy. We didn’t sit at the bar and engage the bartenders but instead, enjoyed the setting sun and ordered off the menu. 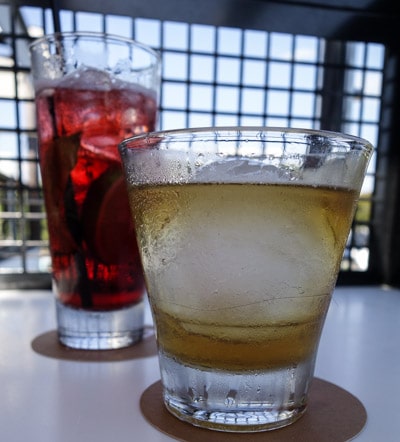 We had a Ruby Red – Vodka, grapefruit, Campari, sugar – and a “Nice Guy Mike” barrel-aged cocktail with Single Malt Scotch, apple, pear and cherry. Both drinks were excellent, although the Death Star-sized ice sphere in the barrel-aged drink didn’t leave much to actually . . . drink.

Jack Dusty – The lounge in the Ritz Carlton Sarasota has an excellent cocktail list, barrel-aged cocktails and knowledgeable bartenders. We can personally vouch for the Old Fashioneds there. Our dinners were late and we ended up being comped a drink or two. Excellent.
Social – We didn’t go to Social while in Sarasota, but will make time during our next visit. Niki, the bartender at State Street, recommended it highly. She says that the outside bar in the back is the place to enjoy the craft cocktails there.

Michael’s on East – We also missed out on Michael’s. It was on our original list, but we didn’t get to that part of town. Apparently, it was the first craft bar in Sarasota. It looks a little more formal than the rest.