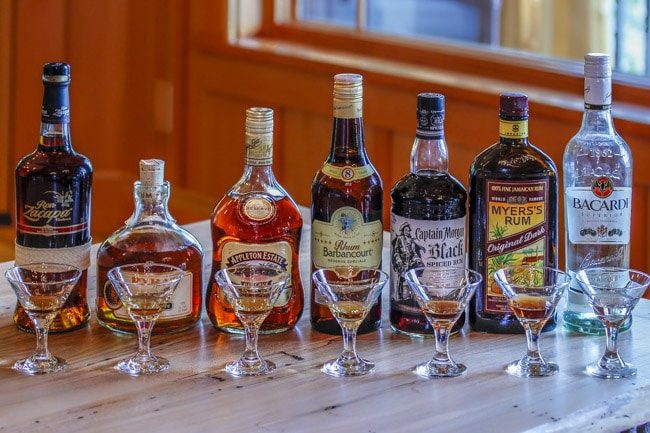 In my daily run to the liquor store today, I noticed that the Rum section is becoming almost as overwhelming as the Vodka section. Rums from different countries; with a variety of alcohol content; dark, light, medium color; 100% pure cane sugar or . . . something else, I suppose; and even several flavored rums (really? Is that necessary?). When I got home, I decided that I would take all the rum out of my bar and do a taste test to decide what a rational home bartender needs in their bar and what should be given away as gifts to the next people who invite me over for dinner. As always, our philosophy here at the Consumatorium is that we will go the extra mile and sacrifice our livers to help out our readers. That’s just the kind of people we are.

My first revelation is that for a guy who doesn’t make many rum drinks, I have a lot of rum. I’ve included all the Rum I have in this taste test other than my bottle of Bacardi 151 which is really a specialty liquor – it’s never the base ingredient in a drink, unless of course, you’re in college. There are many rums out there, this is just a small sample. It is, however, typical of the rums that are widely available.

The rums in this test are: 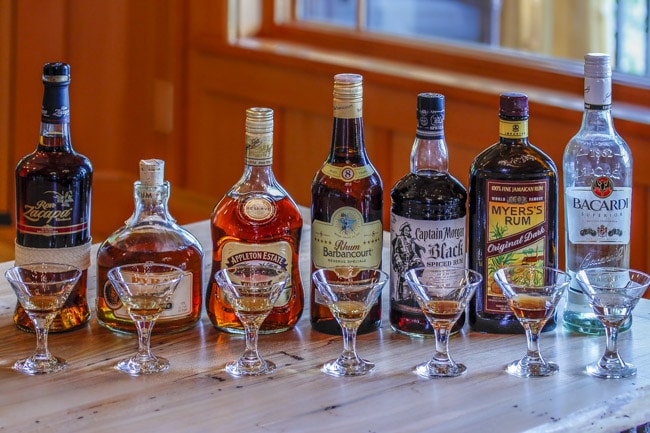 The country of origin is important for rum because the various sugars combined with local rum-making processes create different rum tastes. In some cases, this taste difference is minor, but in some cases, it’s substantial. There are recipes that call for Jamaican rum or Guyanan rum, for example, because of the specific tastes of rums from those regions.

It’s difficult to draw conclusions. This review barely scratches the surface of what’s out there. That said, I was a bit surprised how little I liked most of these rums. The Ron Zacapa was clearly the best overall. It’s pricey, so I wouldn’t use it where the rum is overpowered by other ingredients, like in a Rum and Coke or a Cuba Libre, for example. But where a solid rum taste needs to stand by itself, the Ron Zacapa is a winner. A heavy, rum taste. A bit sweet and not too boozy.

The Pyrat XO Reserve was also quite good. It’s certainly a spin on the classic rum taste with a strong orange flavor. I’m going to work on crafting some drinks around the Pyrat. I think they will taste great.

Finally, the Captain Morgan Spiced Black Rum is perfect for making drinks where the rum is additive, as with the Cuba Libre and Rum and Coke. It’s heavy and strong and the spicey taste really adds to those classic drinks. It’s almost overwhelming in a drink where the rum is the primary ingredient, though. As Dave has pointed out, The Kraken is very similar.

I’m anxious to try other good rums that readers point out, so please comment below with your favorites and why you like them. For now, I’m off to try making some drinks with the rums above, The others are going to work their way to the  back of the cabinet.