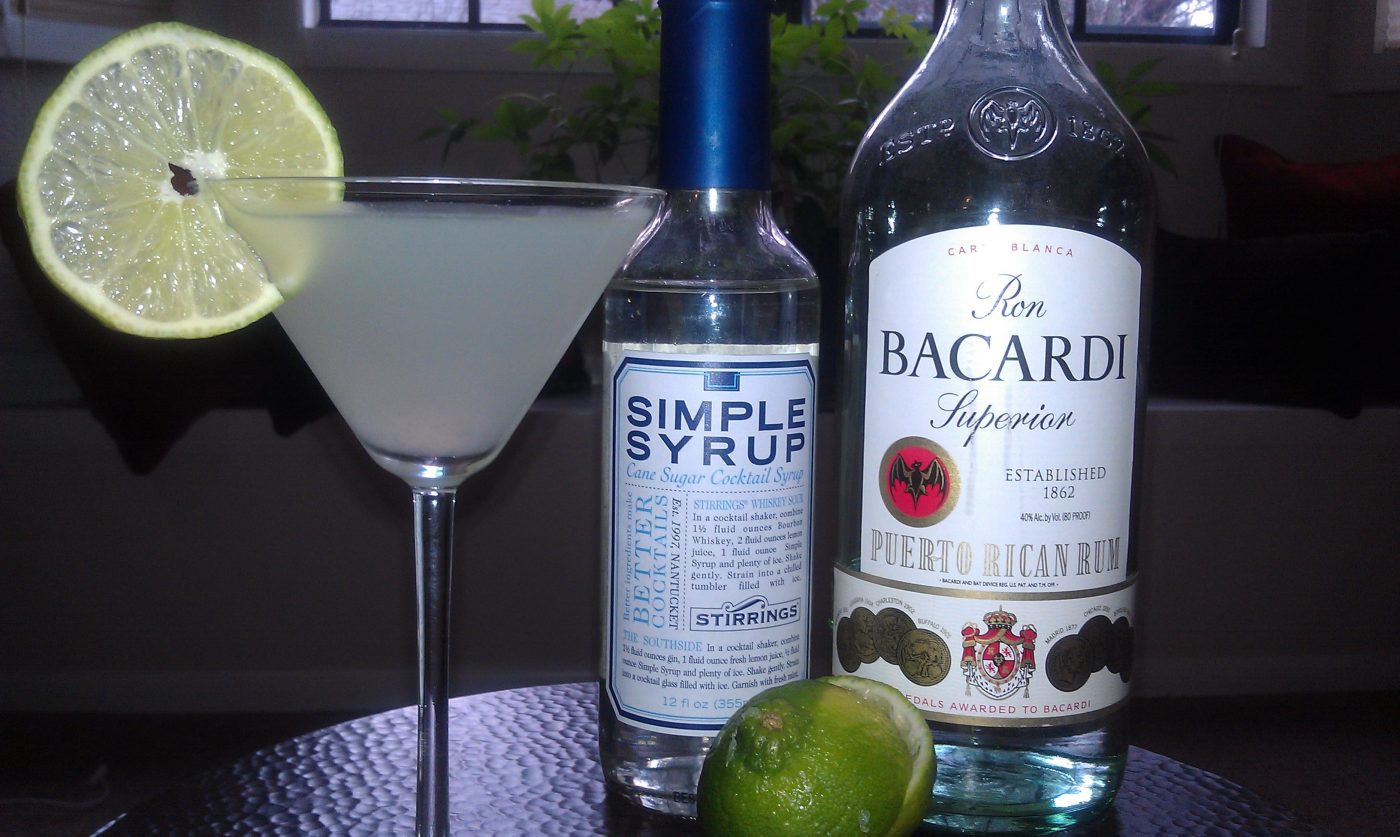 by Dave Jilk
2
64
[Note: for our one-stop-shop of Martini preparation info, check out our Classic Daiquiri post]

After I wrote the post on the Whiskey Sour, and having learned a bit more about the Sour family, I decided to dive into the Daiquiri. It’s a classic cocktail, of course, invented early in the 20th century. The Daiquiri is apparently the namesake of a beach and mine in Cuba where a mining engineer allegedly first mixed the concoction. The drink gained greatly in popularity during World War II, due to wartime policies that made whiskey supplies short and rum easy to obtain. 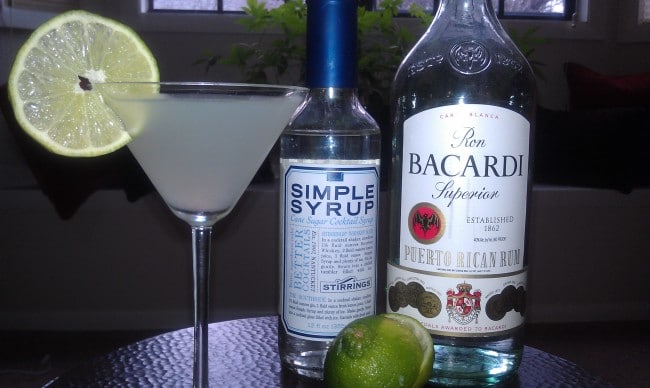 The IBA standard Daiquiri with a 9:5:3 ratio.

It is a simple cocktail to make. Squeeze a lime and pour some light rum, the lime juice, and simple syrup into a shaker filled with ice, and shake aggressively. Strain it into a very cold cocktail glass and garnish with a twist, wedge, half-moon, or circle of lime. The drink has a history of being served over ice, with shaved ice, or even as a frozen Daiquiri with crushed ice, so at a minimum there should be some ice chips floating on top.

I did some experimenting with ratios. Note that I used Bacardi throughout, and keep in mind that I have only recently acquired some taste for sour/citrus cocktails. The IBA recipe is 9:5:3:

This is a great cocktail, surely sour but not painfully so. Of course, it’s annoying to make it this way because you have to measure somewhere between 3/4 oz and 1 oz on the lime juice. Thus, an easy way to adjust it is to go up to a full ounce if you like it more sour, or down to 3/4 if you like it less sour.

Next, I tried the famous David Embury Sour ratio of 8:2:1 (2 oz rum, 0.5 oz lime juice, 0.25 oz simple syrup). This drink was more subtle and interesting, though less refreshing. I’d recommend this in cooler weather; I definitely enjoyed it. 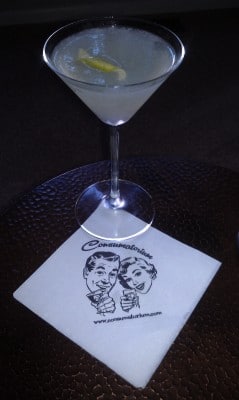 A Daiquiri mixed with the Embury sour ratio of 8:2:1.

Then I decided to go more to extremes. I mixed what we might call a Sweet Daiquiri, in an 8:2:2 ratio (i.e., more like our three ingredient cocktails). This drink went down easily, and naturally it is considerably less sour. It might be missing the point, though – a Daiquiri is supposed to be sour. Probably if you’re going to add that much sweetness, it’s worth switching to a sweet liqueur and inventing something altogether new.

Finally, I mixed the rum and lime juice in a 50/50 mixture. This was prodigiously tart and character-building. If you adore sour flavors and lime in particular, mix yourself one of these and shake it until it is very cold. But I can’t recommend it for a cocktail party – your guests will not be able to converse due to their concave cheeks.

Spring is here; for your first barbecue of the season, you would be well served to mix up a pitcher of Daiquiris before dinner.

Continuing my experiments, I made what I am now calling Dave’s Daiquiri, which was 8:3:2. It was fantastic.