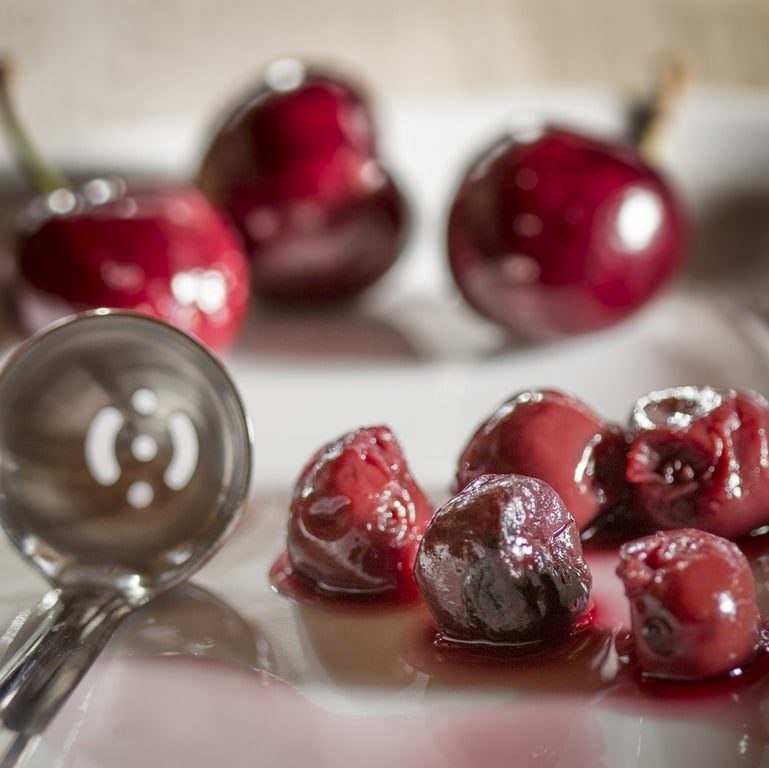 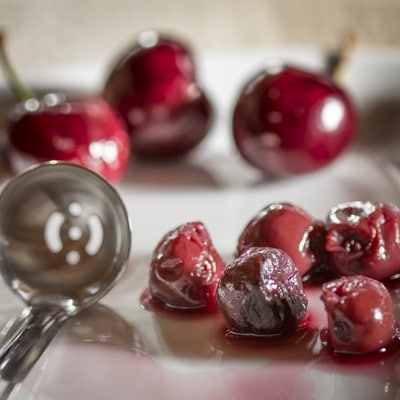 If you’re still using store bought Maraschino cherries – those unreally bright red, sickly-sweet ones that you used to enjoy with your Shirley Temple when you were a kid – you need to read this article about how much high fructose corn syrup and red dye #4 is trashing your Manhattan.  Don’t get me wrong, I’m all for sweeteners and artificial colors in my solid food, but don’t ever mess with my cocktails.

I’ve been a big fan of Luxardo Cherries since I had my first one a couple of years ago. Their rich taste, creamy texture and dark color make them a great addition to any drink. Not willing to leave well enough alone, though, I decided to see if I could make a better cherry, the Consumatorium Cherry. Unfortunately, it didn’t work out the way I had hoped. But we here at The Consumatorium want to share our failures with you almost as much as our successes. How else does one learn, after all?

I scoured the interwebs for cherry garnish recipes – there are hundreds – and decided on an amalgam of several. My goal was simplicity, no additional sugar and, of course, great taste. Here’s what I came up with . . .

Clean the cherries by running under water and placing them in the mason jar.  Then pour enough Amaretto in the jar to cover about 1/3 of the cherries. After that, pour in enough Maraschino to cover the cherries completely plus an additional 1/2 inch or so for good measure. Seal the jar tightly and put in a cool, dark place for three months. Yes, that’s 3 months. This is obviously not a lesson in failing fast. 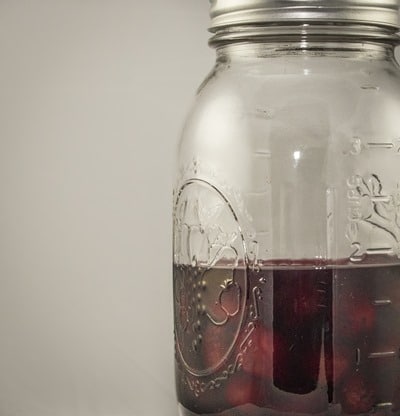 After three months, I pulled the mason jar with the cherries out of the recesses of a dark cabinet and excitedly opened the jar. The cherries were a great color and were firm without being crunchy. Just what I was looking for. Then I popped one in my mouth and thought, meh – unexciting, uninteresting and what a phenomenal waste of time. I tried them in drinks over the following days. They were good decoration, but were hardly worth consuming once the liquid part of the drink was gone. They weren’t destroying my drinks, but they weren’t adding much either. 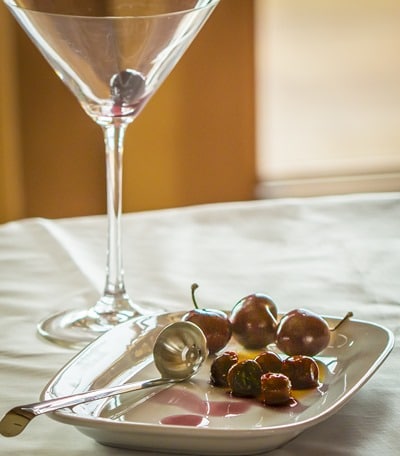 I’ll try another recipe in the future, but for now, I’m going back to my tried and true cherry garnish – Luxardo Maraschino Cherries. At least with the Luxardos, there is still one thing to look forward to after I’ve consumed the cocktail.

I’ve had some cherries in a jar in the refrigerator since September. They’re just soaking in cognac. I tried one about a month out, and it was gross. I tried one a month ago and it was actually a little better, though really just boozy. I’m going to give it one more try.

Question, though – why no added sugar? I have a feeling that’s what is needed here.

I wanted to avoid having the cherries become overly sweet. Between the cherries themselves, amaretto and maraschino liqueur, it seemed like there was enough sugar in the process. That was my thought process, anyway.

If you ever want to try again, this is a great recipe. I like these better than the Luxardo: http://www.cupcakeproject.com/2009/06/homemade-maraschino-cherries-dont-put.html

Thanks, Beth. Better than the Luxardo, huh? Well I’ll have to try them now 🙂