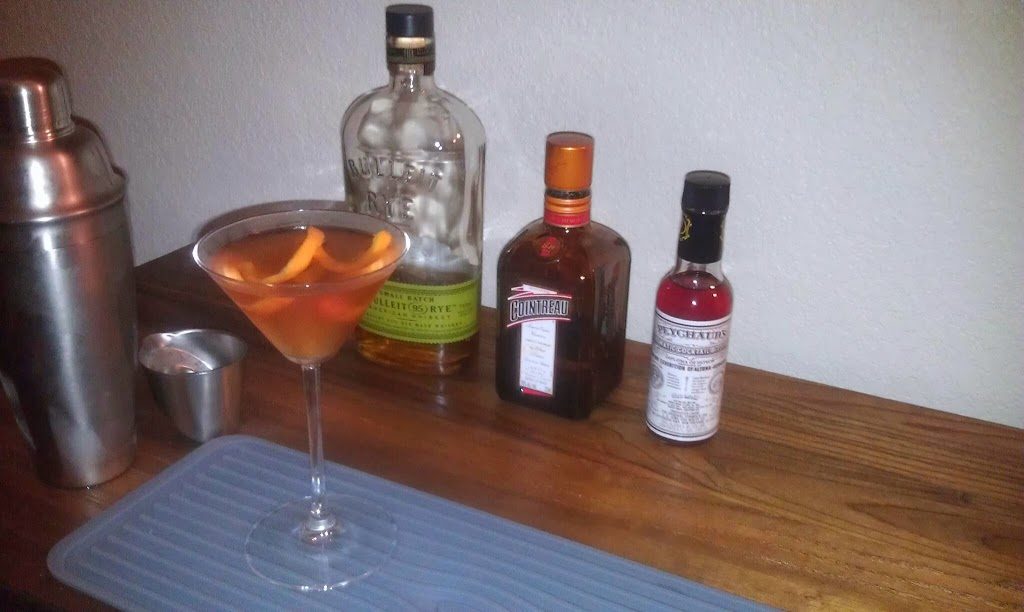 It is fairly widely known that the southern tip of Manhattan was originally settled by the Dutch and was called New Amsterdam. What is not as well known – and I certainly did not know it until I did the research for naming this cocktail – is that it was also known briefly as “New Orange.” Though the English took over the area in 1664, during one of the numerous wars the Dutch briefly regained the territory. For about 18 months beginning in 1674, Manhattan and surrounding areas were under Dutch control with a Dutch governor, and named after the Dutch royal family of Orange-Nassau.

That brings us to our cocktail, which is a simple, orange flavored variation on a Manhattan. I imagine I am not the first to try this combination, but I was not able to find it as a standard recipe. That’s too bad, because it is great! Even my bride likes it, and she is a tough customer with hard liquor cocktails. Basically, just substitute triple sec for the sweet vermouth. I have experimented with quantities and there is really no magic ratio – it just depends on how strong and how orangey you want it. So that’s another benefit. Here’s how I made it:

Mix ingredients in a shaker of ice and shake or stir. Strain into a cocktail glass and garnish with a twist of orange. Consume. Repeat. 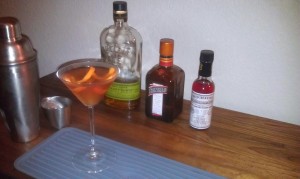