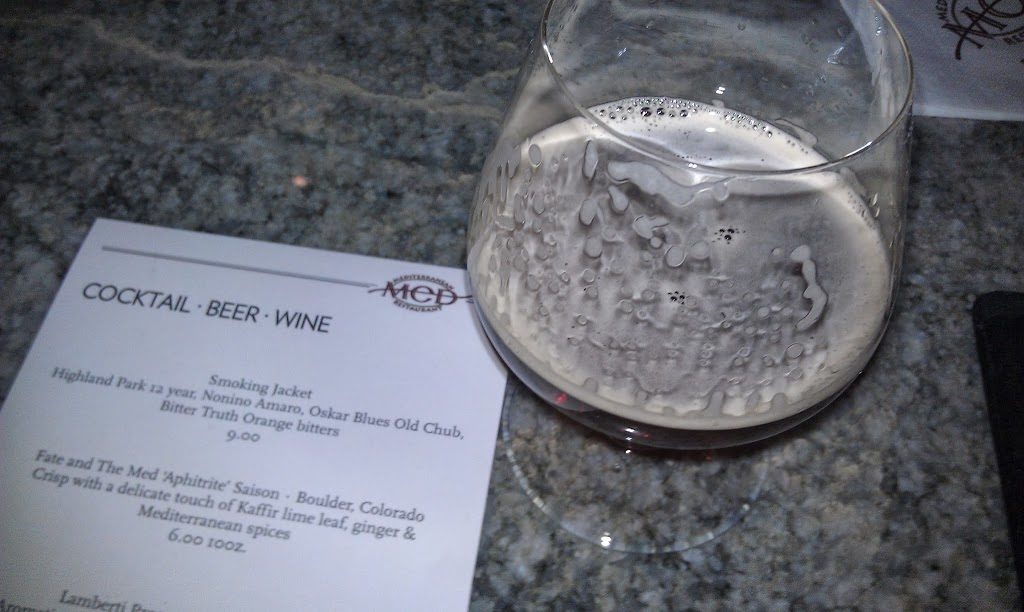 This week the Consumatorium crew went to The Med (Mediterranean Restaurant) in Boulder. The Med is one of Boulder’s hotspots; the restaurant has amazing food that has been consistently great since I’ve lived here (13 years now), and when they doubled their space a couple of years ago you still couldn’t get a walk-in table even on a winter weeknight. They have two bars – the one in the front is always very full with people waiting for dinner tables, so we went to the back bar – less of a scene and presumably more appropriate for serious cocktail imbibition.

Leslie, Derek, and Bill joined me in sampling a few of the cocktails. The Smoking Jacket was an aptly named mix of a blended Scotch whisky, Amaro, and beer. I initially cringed when I saw how much beer the bartender was putting in, but it turns out it was a great mix of flavors and heavier than I expected. That said, I still think I would put less beer in if I made it myself. The classic Dirty Vodka Martini was beautifully made – they have their cocktail glasses deeply chilled, always important for vodka, and included just the right amount of olive juice. It’s actually a tricky beverage to make: since all you really taste is olive juice, the dilution is crucial. Two thumbs up on this. Finally, we ordered a White Lady, just to see how they did with a more obscure classic. They had never heard of it, but seemed quite excited to learn, so we fired up The Google on The Android and gave them the recipe. I also gave them my input that the standard recipe had too much lemon juice, which they agreed with. We decided on an Old Tom for the gin, and they had the Ransom. The result was excellent – they shook it hard, as one should with lemon juice, it had a nice little foam head on it and was extremely cold, with just the right lemon juice ratio.

The bartenders are highly competent, enthusiastic, and friendly. That said, The Med is such a big place with so many staff people that you’re not very likely to get the “senior mixologist” making the drinks for you. The Smoking Jacket was a pre-mix but for the beer – that could be to improve the flavor, but more likely it’s to save time and knowledge for the front line bartenders. The specialty cocktail list is not extensive, and they don’t particularly promote it. The fact that none of the several bartenders that were there had not heard of a White Lady is telling also – it’s a classic. But the mixes were terrific, whether or not they were familiar. Also, they do have a very nice selection of ingredients. The atmosphere at The Med is always energetic.

In the photos below are shown the Smoking Jacket with their specialty cocktail menu, the White Lady, and part of their bar setup. 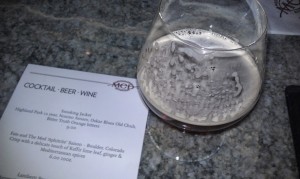 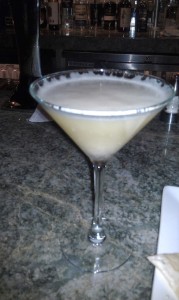 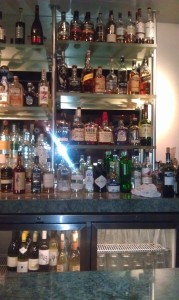 The fact that they had Old Tom Gin at all says great things about the bar. Great review!