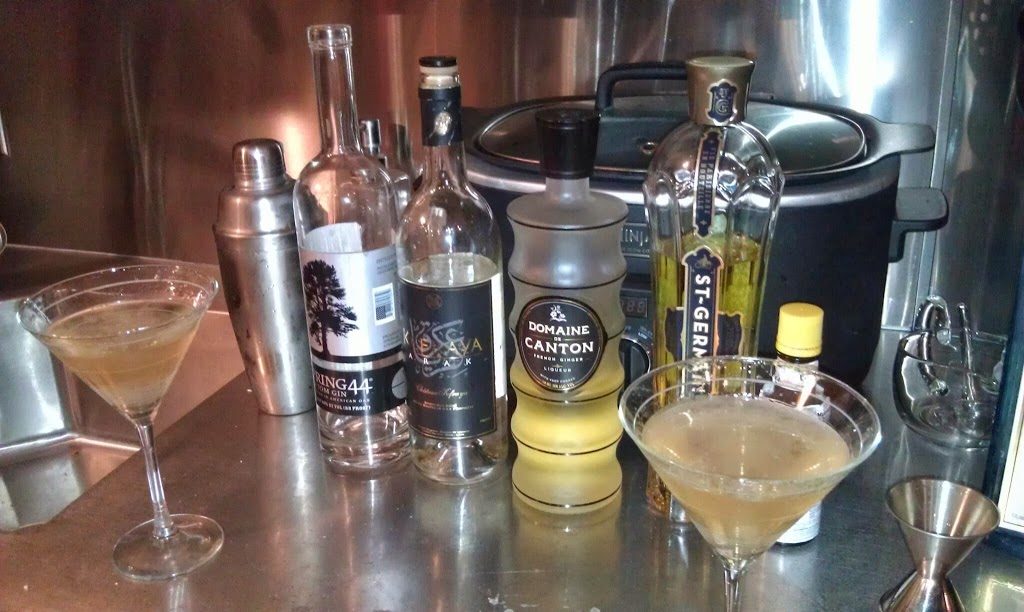 My friend Randy previously shared with us an excellent drink that he invented, and which I named the Cognitive Deficit. The other day I was at his home and he offered up another cocktail, this time a modern invention by master mixologist Junior Merino.

The 3G (presumably named loosely after its ingredients) starts with gin as its base liquor and adds St Germain Elderberry Liqueur and Domaine de Canton Ginger Liqueur, on top of an anise or absinthe rinse, for a great synthesis of flavors. Perhaps the flavors combine so well because the creators of St Germain (which was earlier this year sold to Bacardi) and Domaine de Canton are brothers. In any case, while you can pick out both the ginger and the elderberry, neither dominates. I don’t know how much this was helped by the fact that Randy made the drinks with Old Tom gin – the juniper definitely adds another flavor dimension. Randy also added just a dash of Angostura bitters, not part of the standard recipe but it works well.

While this cocktail does not stick to our starter bar ingredients, it is relatively easy to make:

Mix the ingredients, except for the Anise, in a cocktail shaker over ice. Shake or stir vigorously. Pour a little anise or absinthe into a cocktail glass, swirl it, and pour it out. Then strain the mix into the glass. The original recipe calls for a dill sprig as a garnish, which doesn’t seem worth it for the home bartender, so I’d push for a citrus peel. Note also that the original recipe calls for a little less St Germain, which is worth a try. 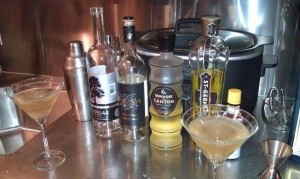