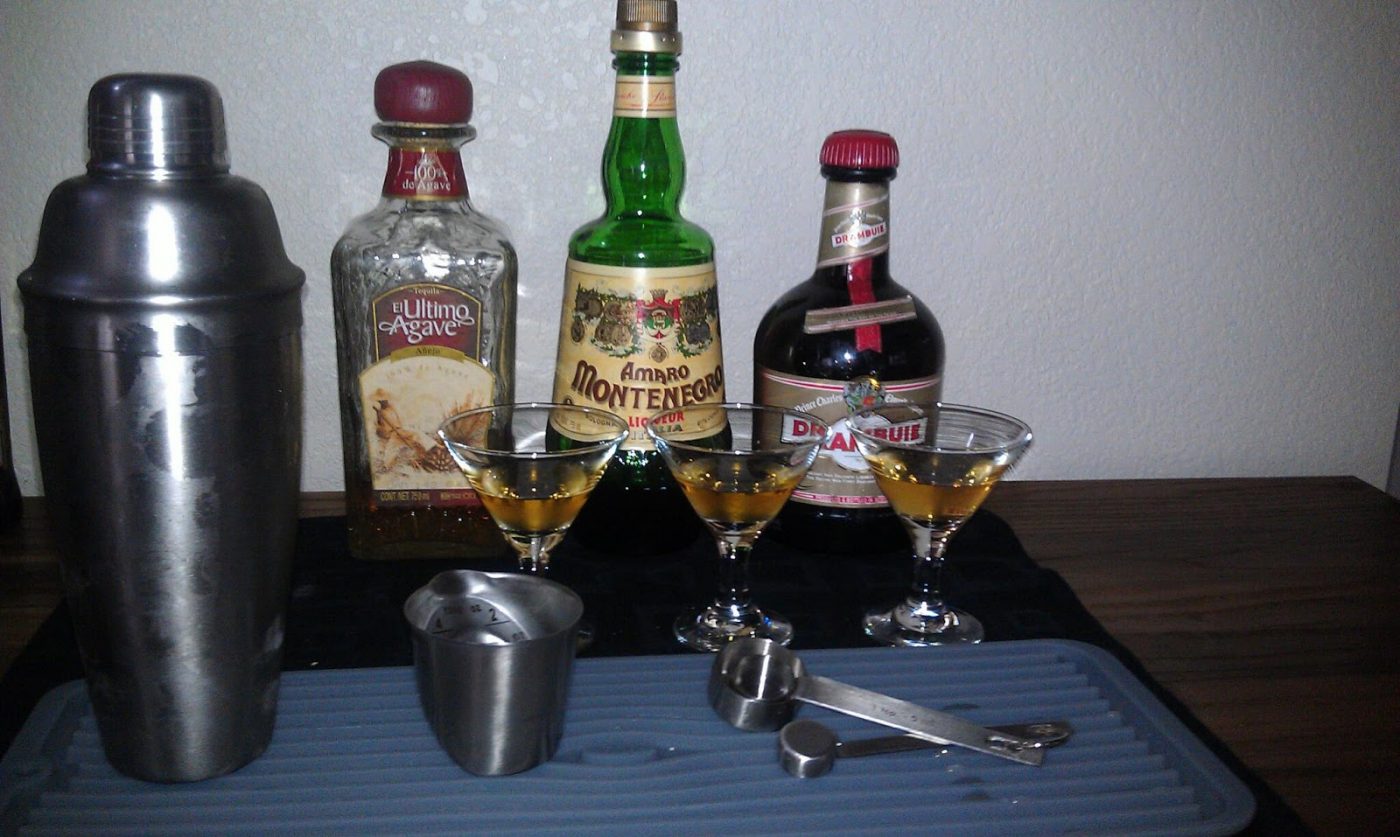 One of the challenges for the amateur mixologist is trying to find the right ratios of ingredients. Even with classic cocktails, you can find recipes with a range of ratios, and you need to decide how you like it made, not only for enjoyment’s sake but to “make it your own.” Unfortunately, it’s a bit of a pain to mix up small cocktails with different ratios, and mixing them over the course of a week makes it harder to compare.

So, here is a simple method of mixing different ratios all at once, by varying one ingredient. It helps to have the nifty mini-cocktail glasses as shown in the photo (thanks Will!), but they are not essential.

First decide which ingredient you want to vary, and the range over which you want to vary it. I decided to experiment with Will’s Scottish Sombrero recipe, because Drambuie is possibly the most difficult mixer for which to get the right quantity.

I decided to test Will’s recipe as well as a little more and a little less Drambuie. Because the recipe only had a half ounce, I went to teaspoons as my increment. The exacting mixologist knows that there are six teaspoons to a fluid ounce. Thus my experiment tried variants with 2, 3, and 4 teaspoons of Drambuie.

Now, here is the clever efficiency. Mix the low-quantity variant (in my case, 2 oz Tequila, 1/2 oz Amaro Montenegro, and 2 tsp Drambuie), shake or stir, and pour a bit of the mixture into the first glass. Open the shaker and add another increment of the variable ingredient (in my case, a teaspoon). Shake or stir again, and pour some into the second glass. Repeat until the full range is implemented. Now, each time you pour some of the mixture out, the increment will have slightly more effect than it should, but as long as you still have a fair amount left at the end, the difference is negligible.

Now it’s time to test. Have a glass of water handy to clear your palate between sips. Drink a sip of each in increasing quantity, then reverse and have a sip in decreasing quantity. It may also help to try the greatest and lowest quantity one after the other. Deciding which you like is up to you, but keep in mind the idea that you are seeking a flavor synthesis, not just a mixture of ingredients.

Not surprisingly, Will had nailed the ratios on the Scottish Sombrero. 4 tsp Drambuie was too sweet and the Drambuie dominated. 2 tsp was a little weak, though it was an interesting flavor – suggests trying just Tequila and Amaro! 3 tsp was the “just right” bowl of porridge. 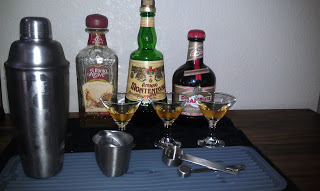