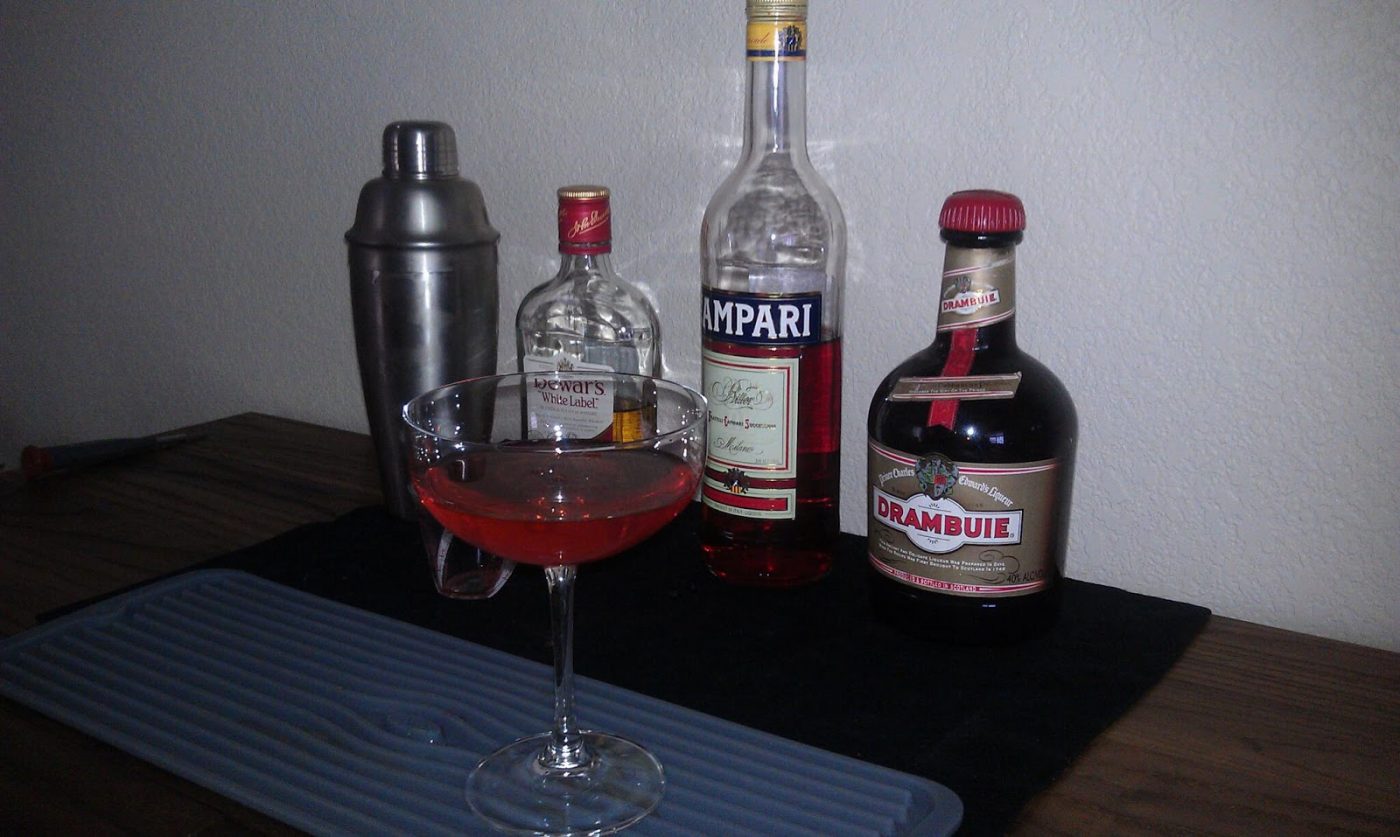 Back in the day, Will and I used to drink more than our fair share of Rusty Nails. There was a restaurant, Callahan’s (it still exists, but they moved and were never the same), that served them in pint glasses for $3. OK, that was almost 30 years ago, so it would be like $6 now. Still. They were the only restaurant I’ve ever been to that had a cop at the door full-time, and you can guess why.

A Rusty Nail is a mix of scotch whisky and Drambuie, which is a blend of honey, scotch, and some other stuff. Everyone has their favorite ratio – some people like it sweet and pour it half-and-half; others prefer a dryer mix with one shot Drambuie and fill with scotch, which acts as the mixer. It doesn’t matter much, the only question is who you’re going to get to drive you home.

I was feeling particularly belligerent today since it is May 1 and we got 8″ of snow. I’ve been waiting for some nice weather so I can treat you all to some Mint Juleps, but it just isn’t right to drink them with snow on the ground. So I invented this variation on the Rusty Nail that turns out to be really good. It’s pretty close to the color of blood, which is what happens when you step on a rusty nail, and you know what happens next unless you have your tetanus booster up to date. Hence the name.

Mix with ice in a cocktail shaker, shake or stir, and strain into a coupe. I didn’t garnish it in time for the photo, but clearly this is begging for Luxardo cherry dripping with blood-colored juice. It is is a yummy drink, and if you’ve enjoyed Rusty Nails in the past, you should try adding some Campari. 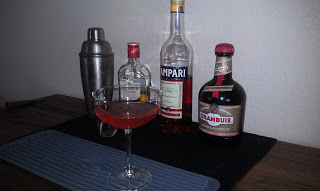 Finally tried this tonight. A very interesting combination. At first, I thought that the Campari made it too bitter, but then realized that any less would have let the drink be dominated by the Drambuie. As Dave said, it brought back huge, fun memories . . . with a twist.