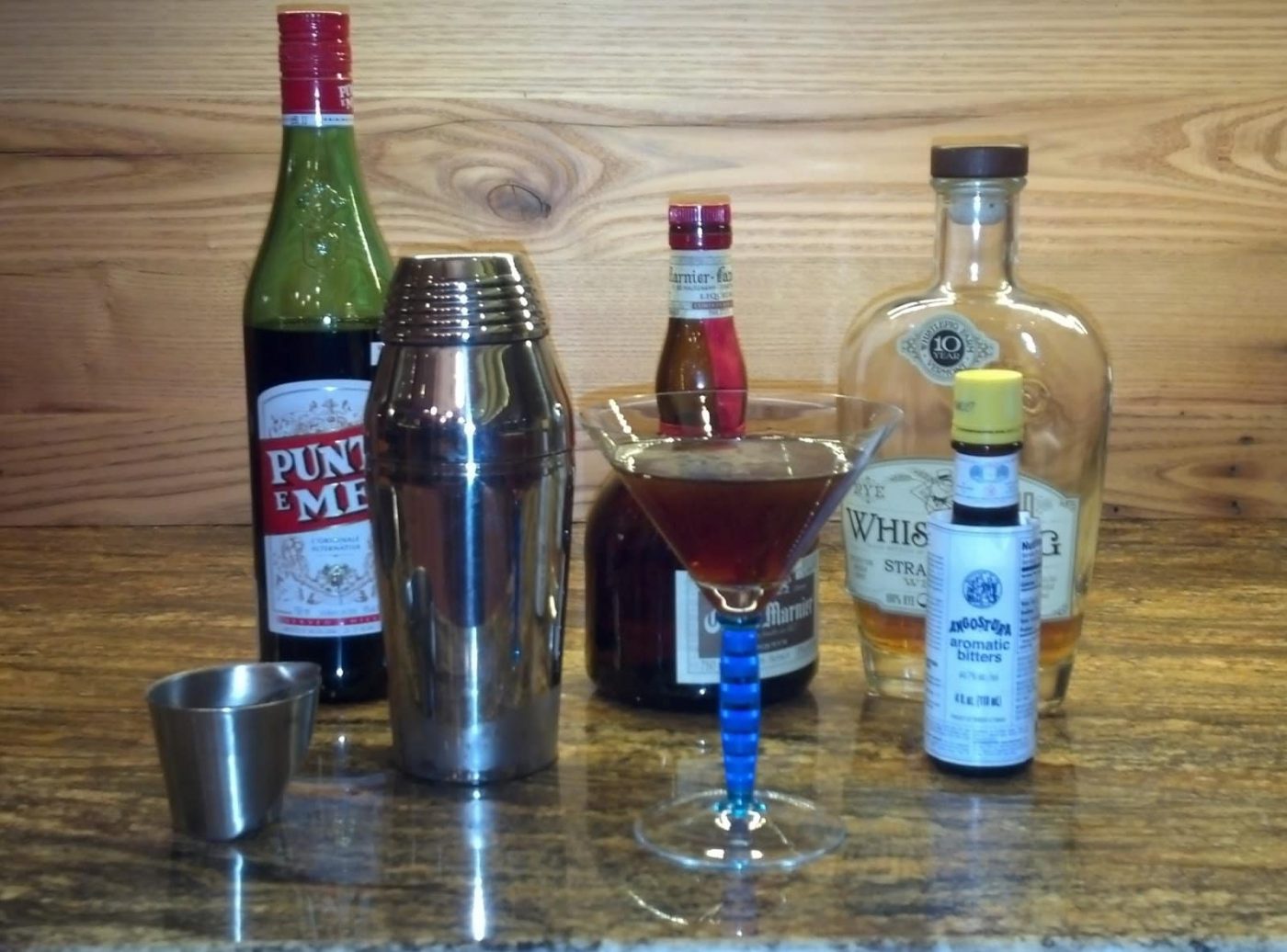 Sometimes, you have a drink at a bar and instantly fall in love with it. Once in a while, you want to spit it out – in the direction of the bartender. Still, at other times, you try something and you know it’s close, but not quite perfect.

That’s the way it was for me with the Back Bay which is served at the restaurant, Post 390 in Boston. It was cool, but somehow, wasn’t perfect. I fooled with the proportions, though, and made a variation that I like a lot more.

The Back Bay is similar to a Fort Point, but uses Grand Marnier instead of Benedictine  The proportions are a bit different as well, with the sweet and heavy Grand Marnier playing a bigger part in this drink giving a more orangy flavor. The original recipe calls for, in my opinion, too much of . . . something.

I first played with the Grand Marnier, but reducing the Grand Marnier made the Punt e Mes dominant – leaving a flat aftertaste. After I reduced the Punt e Mes as well, though, the drink became interesting. Complex and rather heavy. Lots of different tastes. A terrific drink if you’re having just one. A little intense if you’re having more. Try it this way:
Not much of a change, but it made a big difference in the taste. 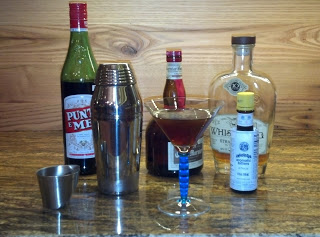 Since I have all the ingredients, this is what’s on tap for me tonight!

Really nice, flavorful but not too orangey. It’s heavy, though. I agree, it’s a one drink cocktail. I wonder how it would do with scotch or bourbon?

I’m thinking about how you could make this just as good but lighter. What if you used regular sweet vermouth and Triple Sec instead of the Punt e Mes and Grand Marnier? Similar flavors, but lighter. It might then need a little something to make it sweeter, or maybe not. Thoughts?